Monday evening was an emotional one as the two wild cards, Maria and Pere, were given the nomination edge to nominate WhiteMoney and other housematesfor eviction.

During the nomination process, Both Pere and Maria nominated WhiteMoney, Beatrice, Yerins, and Jaypaul. for possible eviction next Sunday.

The nomination of WhiteMoney had caused a huge stir and controversy on social media. However, many fans are happy about his reaction.

While choosing the housemates, Maria and Pere burst into tears indicating that it was a hard choice to make, but they still have to nonetheless.

Meanwhile, a mild drama ensued between Whitemoney and Maria shortly after the nomination live show. Maria was spotted by the camera at the laundry crying bitterly as it appeared she felt bad for putting WhiteMoney for possible eviction.

Rather than beef her for putting him up for possible eviction, WhiteMoney reached out to Maria and consoled her. He also hugged her and assured her that it is part of the game and that she should not feel bad for taking a decision against him. 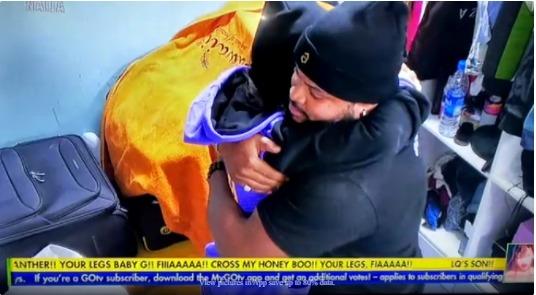 A few minutes later after they parted ways, WhiteMoney was spotted by the camera making fond of Maria by mimicking her expression.