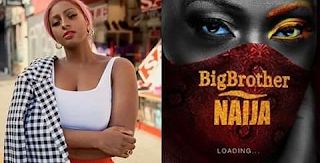 Billionaire heiress and professional Disc Jockey, Florence Otedola otherwise known as DJ Cuppy, has seemingly declared her intention to be in a housemate in this year’s much anticipated Big Brother Naija reality show.
In a tweet which comes as a rude shock to most of her fans, Cuppy said she might finally get the chance to get into the house this year, hinting a rare dream nobody would have thought she was nursing.
Her tweet reads ;

BBNaija is coming back? Maybe I will finally enter house this Season

#BBNaija is coming back? Maybe I will finally enter house this Season

Cuppy’s tweet has garnered over 5K likes at the time of writing this and fans trooped to her comment section to air their thoughts.