Former Big Brother Naija housemates, Erica Nlewedimand Laycon appear to have put aside all differences as they both wore bright smiles and breathed the same air in a new video. 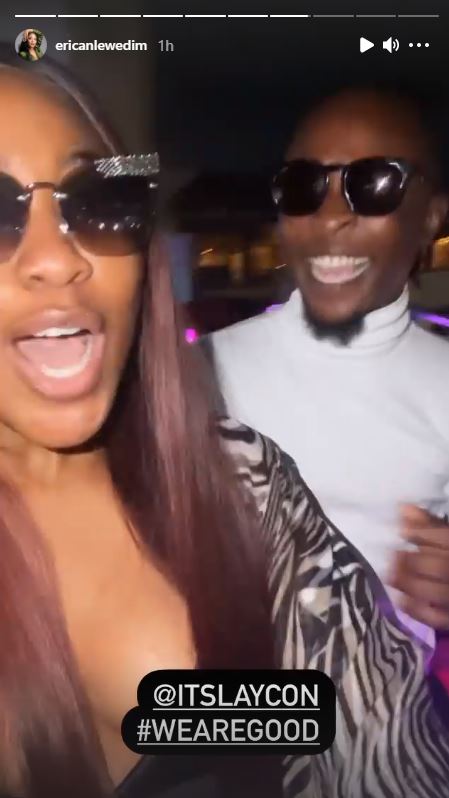 It’s no news that the duo haven’t been in the best of terms during and after their time in the Big Brother house… a rather strong held grudge between the both of them that saw one being disqualified from the show.

The grudge held on strong for close to a year after the show but in a lovely new video that was uploaded on Erica’s story few moments ago, it appears that there’s been reconciliation between the both of them and life can finally go back to normalcy.

Erica uploaded the video on her Instagram stories moments ago, showing herself and Laycon breathing the same air in close proximity and wearing lovely smiles, a moment that one would never have thought to see so soon, given how there were vows to never reconcile.

But the heavens rejoice and fans of the reality tv stars are cheering as their favourites are now in good terms… Checkout the video Erica shared below,