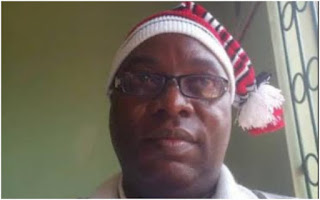 Olusegun Bamgbose, Esq., National Coordinator Concerned Advocates for Good Governance, CAGG, says he could end the agitation for the sovereign state of Biafra if given the mandate.
Bamgbose noted that the agitation, dated back to 1967 during the Biafran war is still very much alive and shaking the foundation of the country.
According to the lawyer, the struggle, which is now being spearheaded by Nnamdi Kanu-led Indigenous People of Biafra, IPOB, is legitimate being that the group is crying out over marginalisation.
He noted that the agitation is a product of injustice, illegality, insecurity, bad governance, repression and dictatorship, adding that it is not out of place if these anomalies are prevalent in a society.
Speaking with DAILY POST on Tuesday, the legal practitioner noted that in 2015, the All Progressives Congress, APC, and President Muhammadu Buhari agitated for a change, adding that they felt that the government of Goodluck Jonathan was not good enough and protested and the ‘change’ came.
Buhari won the election. Mandela agitated for the independence of South Africa, he got it. Recently, Buhari’s kinsmen agitated based on the insecurity confronting them in Daura,” Bamgbose noted.
“In essence, agitation is legitimate when there is a good cause. As a citizen of Nigeria, I have always said that I was born a Nigerian and I will be proud to die as a Nigerian.
The truth remains that the Igbos are not getting the best from Nigeria, and it’s legitimate for them to agitate for better treatment, however, secession should be out of it.
We must not allow our diversities, difficulties and differences destabilize our unity. Our unity should be sacred and sacrosanct.
“The Igbos should not be treated as second class citizens of Nigeria. The civil war should be a bygone issue for now. It’s obvious that where there is repression, there will be a revolt, however, revolt should not lead to secession.
“I sincerely believe that what Kanu wants for the Igbos should be better live, not secession. Igbos are not bent on secession but equality and equity in the scheme of things.
What’s good for the goose is good for the gander. As President, I believe, agitation for Biafra can end in six months.
“The Federal Government should do more to make life better. I detest tribalism because it’s my belief that I never made a choice of where to come from.
“My creator would have created me a Northerner, Igbo, Ijaw man or any other tribe. I’ll always support the Igbos for better participation in the scheme of things, but on one Nigeria I stand.
“I will never support any form of secession, even Oduduwa Republic. Let’s remain one indivisible country.”