A newly graduated lawyer and his mother, who is a bread seller, are currently trending on social media after he gave his graduation gown to her as he bagged a law degree. 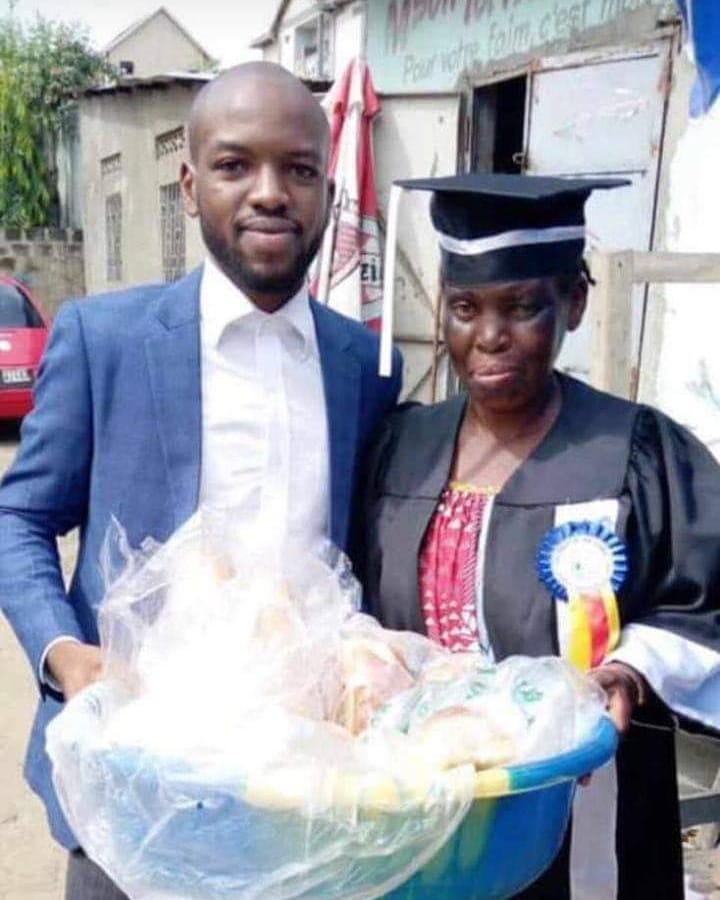 e gentleman shared the troubles his mother went through just to make his big day a reality. The young man copped a law degree from the Protestant University in Congo after being sponsored by his petty trader mum who sells bread.

The viral photo was spotted on the official page of African Heroes Magazine which captures the moment the young man took a photo with his mum who wore his graduation gown as they both held a big basin containing the bread she sells.