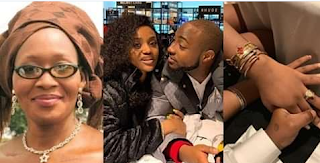 “#BREAKING EXCLUSIVE. Does anyone know why Chioma Rowland’s engagement ring to singer Davido taken from her?#Kemitalks”. 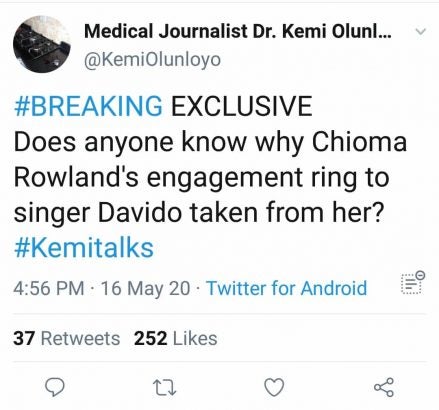 While some of her followers were curious to know the reason behind her claims, others bashed her for always poking her nose into the singer and his family’s affairs.