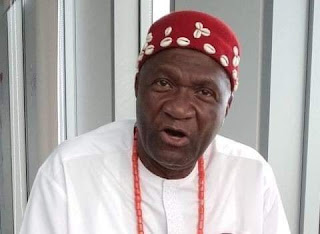 The apex Igbo socio-cultural organization, Ohanaeze Ndigbo Youth Wing, has vowed to implement its eviction order on killer herdsmen to quit Igbo forests and bushes in two weeks as the ultimatum is about to elapse.
Arthur Obiorah, the President of Ohanaeze Youth, in a statement, on Thursday, insisted that no amount of propaganda would make the group back out on its decision as the killer herdsmen have continued to kill, main and rape innocent Igbo indigenes in there farmlands and highways.
DAILY POST recalls that Ohanaeze had given two weeks’ notice to all killer herdsmen in Igbo land to quit the forests and bushes in the area or be ejected by force.
It said the bushes and forests belong to the people and must no longer harbour killer herdsmen.
Ohanaeze warned the Miyeti Allah group to stop making statements that can cause a crisis in the country.
The group had given the alleged illegal occupants of all bushes and forests in Igbo land two weeks to quit from the areas or be ejected by force.
But, according to the Igbo group in the statement, “We cannot tolerate this again. We call on the Nigeria police to seize all AK-47 and other dangerous weapons in possession of the killer herdsmen if it is serious on its claim to end insecurity in the country”.