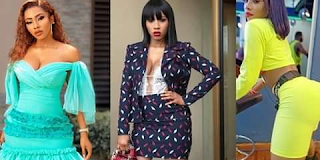 During and after the Big Brother Naija House, Mercy Eke made quite a number of fans from viewers of the show which made her one of the most celebrated BBNaija housemates, asides from the fact that she emerged winner.
Her banging body, energetic spirit and consistent PDA with her beau, Ike are part of what made Mercy lovable by so many people. However, just as much as she is loved, she also has quite some adversaries.
Mercy made friends in the Big Brother house and at the same time, made enemies and despite being out of the house, the hostility between herself and such people is still being displayed from time to time.

Aware of such people, the brand influencer recently took to her social media page to declare that though some people might not like her and may be beefing, it doesn’t mean she shares the same energy with them.
She says she has no time for such… In her own words,

Having beef with me, dont mean that I have beef with you… YOU have the time…I dont!!!