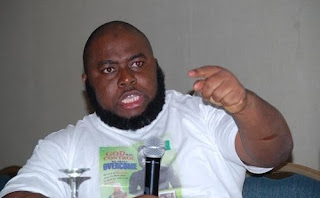 The major political figure of the Ijaw ethnic group, Dokubo-Asari has finally admitted to have received a Sum of Twenty million naira from the leader of indigenous people of Biafra (IPOB), Nnamdi kanu.
Asari Dokubo admits receiving 20 million naira from Mazi Nnamdi but argued that the money wasn’t enough for the purpose it was meant for.
Dokubo in a new statement confirmed receiving the money from kanu at a time when kanu was in prison.
It was earlier reported that Nnamdi kanu said while he was in Prison he gave Dokubo a Sum of 20 Million Naira to help his Dry pocket.
Reacting to the claim in a new video that surfaced online on June 1, Dokubo admitted by saying that the money given to him was used in addressing tasks and issues that concerns the IPOB members who came to his mansion in other to undergo joint training