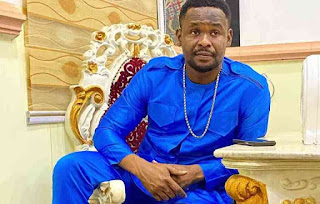 A controversial Nigerian Nollywod actor “Azubuike Michael Egwu” professionally known as Zubby Michael has officailly declared himself a biafran.
He went on his Instagram page to tell his fans to address him as a biafran not a Nigerian, he made this statement after a fan hails him as a the Nigerian greatest artist of all time.
The actor who shows his full support for the restoration of the sovereign state of Biafra, declared himself as a biafran, also claims that he has his Biafra passport as a full Biafran citizen.
According to him he said;

“Address me as a Biafran and not a Nigerian, I now have my Biafran passport with me“