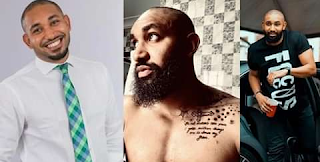 Big brother Naija ex-housemate, Jeff Nweke has shared his thoughts on ‘attaining fame’ and he says it is overrated.
According to the Anambra born ex-banker, he has had a little taste of fame and he can tell it is overrated. He went further to stay that still, he is blessed.
In his words ;

“I’ve had a little taste of fame and I can tell that it’s overrated. Envy no one !! Still, I’m blessed.”
During his time in the house, he became the 8th housemates to be evicted after Nelson, Thelma, Avala, Isilomo, Ella, KimOprah and Tuoyo, following his nomination alongside Mike, Omashola and Tacha.