The remains of slain Super TV CEO, Michael Usifo Ataga has been laid to rest in Lagos today July 30, 2021. 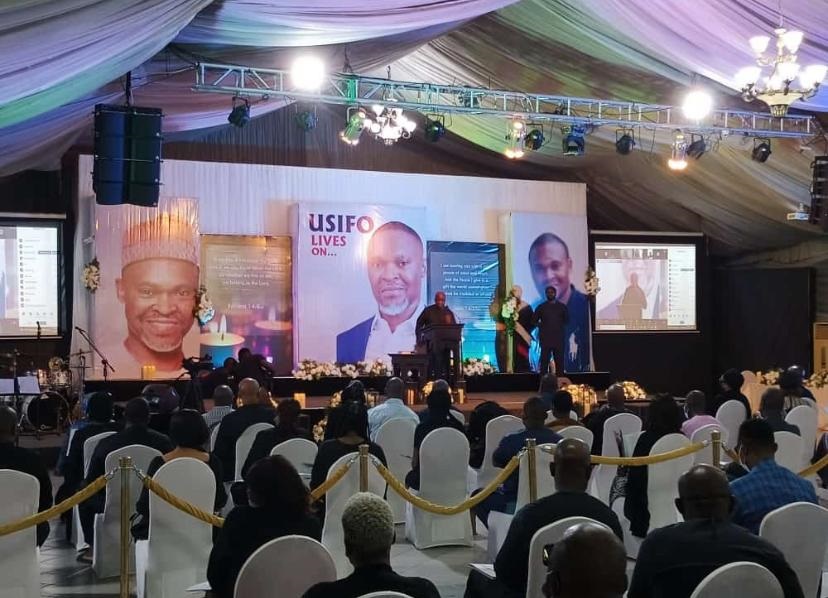 Michael Usifo Ataga who was gruesomely murdered by 21-year-old UNILAG student Chidinma Ojukwu was buried at the Ebony Vaults, Ikoyi, Lagos state around 12.30pm on Friday.

The funeral ceremony was lowkey and attended by only close relatives; his wife, Brenda Ataga and friends.

Meanwhile, according to a report by Premium Times the mother of deceased in a Tribute to her son at the service of songs which held on Thursday night, July 29th, stated that he died an undeserved death.

“God knows he did not deserve what those people did to him. My heart bleeds to him anytime I remember. He was generous to a fault, It took death for me to know how loved he was. He has been robbed of the joy of seeing a project he spent seven years working on.

“He has been denied the joy of seeing his children grow up, go to the university, get married and make him a grandfather. These are the wishes of every parent. His love for his children cannot be quantified. No way!” Premium Times quoted her saying.