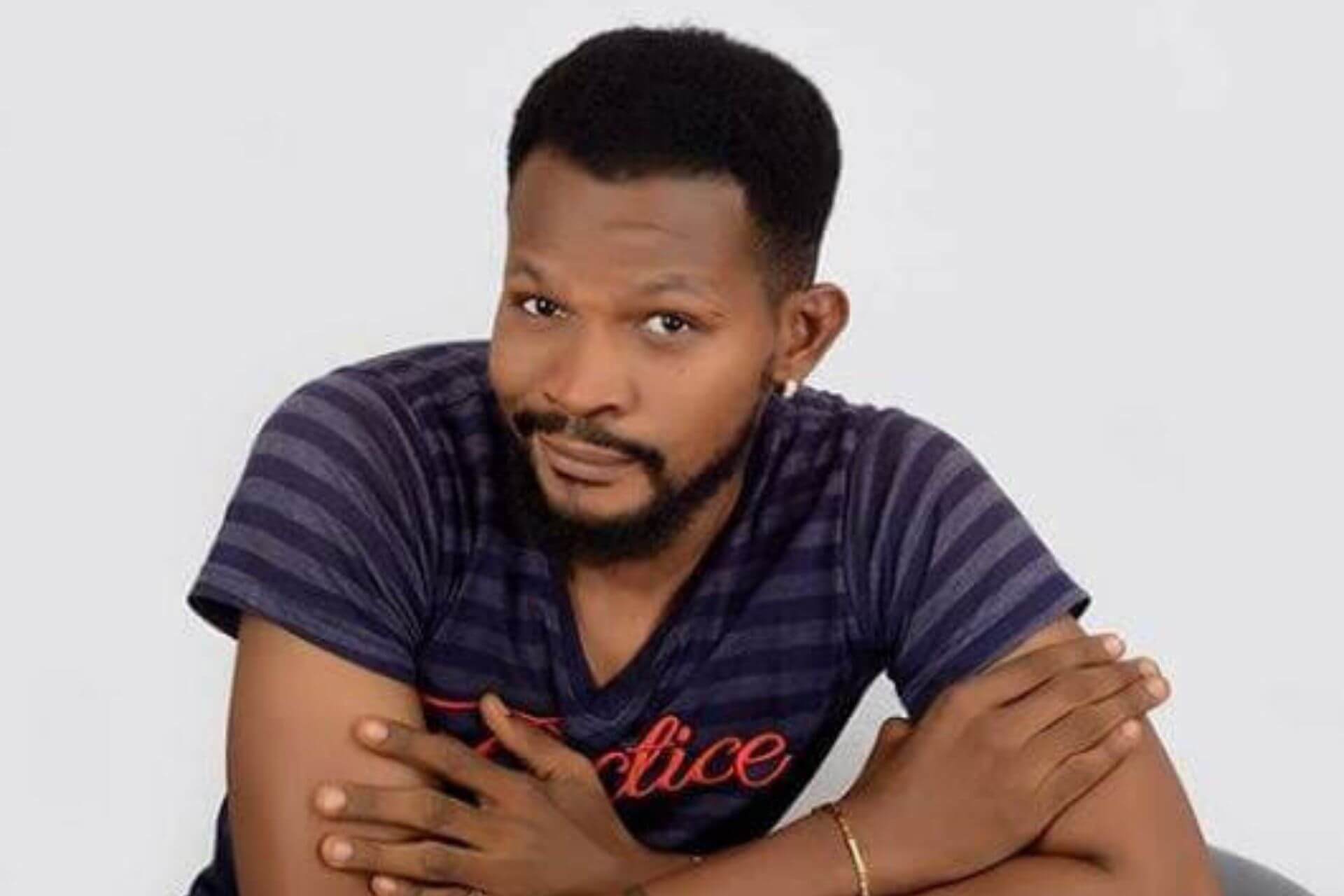 Recall that there was massive show of wealth at Obi Cubana’s mum’s burial last weekend at her hometownn in Oba, Anambra state. 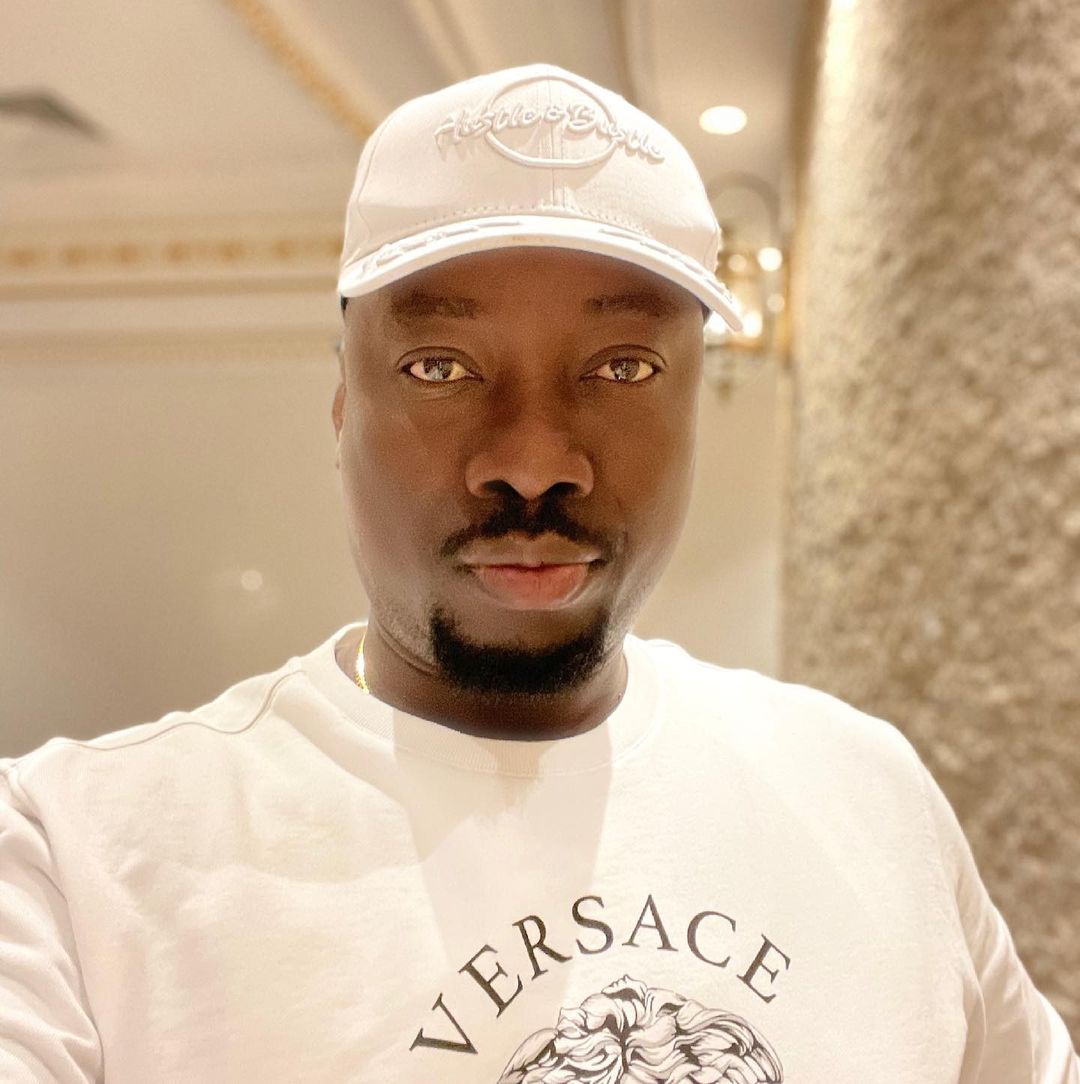 The socialite caused social media buzzing all weekend as photos and videos from the lavish ceremony made its way to the internet. Well, actor, Uche Maduagwu in a recent social media dragged Obi as he claims the road to where the billionaire mother was buried is untarred.

“Dear Obi, abeg did u spend half of what was SPRAYED at Oba on any of your mums #birthdays wen she dey alive? Hmmm… jesus wept. Anyways, i am just a celeb, wetin i know?

According to section 21 of the CBN act, 2007, a person who spray the #Naira risk imprisonment for a term not less than six months but why are the billionaires who sprayed money at #Obatown still walking #like kings on the street?

Cubana oga claim to be WEALTHY yet the road to where he did his mama burial remain untarred, so many primary #schools in oba no get roof, not even boreholes for clean water maybe his own billions na only for #party not oba development #share #anambra #oba #bbnaija #repost”. 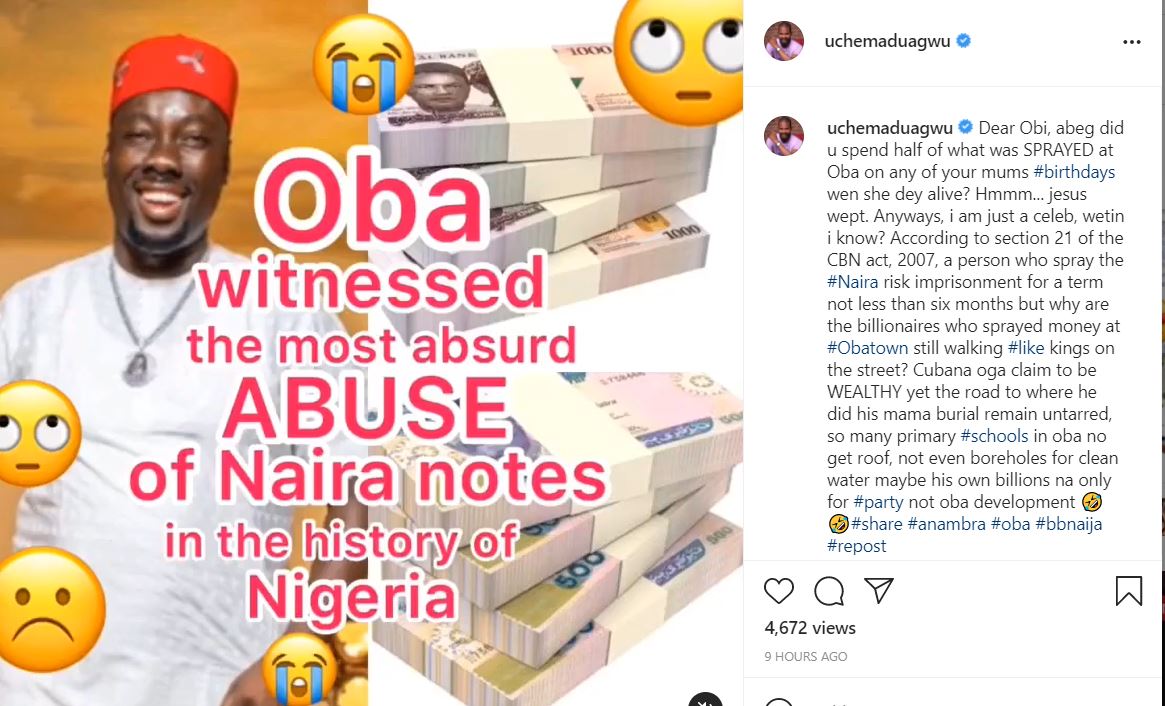