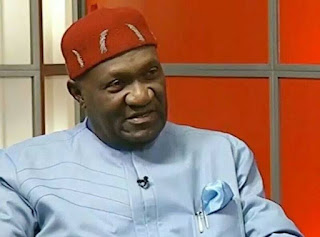 The Ohanaeze spokesperson also urged pro-Biafra agitators to channel their activism for social, economic and structural justice for people of the southeast region and not for Igbos to leave Nigeria. Ibegbu stated that what Igbos want is level playing ground for all Nigerians.

The new group led by one Basil Onuorah is known as the Ohanaeze Ndigbo General Assembly (ONGA). Onuorah said the group has already been registered by the corporate affairs commission, The Nation reported. He stated that the traditional ruler of Igbariam in Anambra state, Igwe Kelly Nzekwe, is serving as the ONGA’s board of trustees chairman. But the mainstream Ohanaeze Ndigbo said the splinter group was out to destabilize the Igbo region. Chief Damian Okeke-Ogene, who spoke on behalf of the mainstream Ohanaeze Ndigbo described the splinter group as jokers.

He said they are merely being used by some politicians to cause disaffection in Igbo land.

According to him, Nigeria needs a president who is passionate about the country and has the type of passion Late Colonel Odimegwu Ojukwu had for Biafra.

Ojukwu was a Nigerian military officer and politician who served as the military governor of the Eastern Region of Nigeria in 1966 and the leader of the breakaway Republic of Biafra from 1967 to 1970.