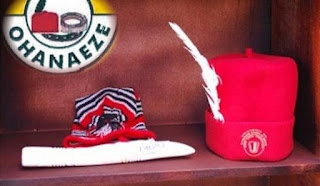 The Ohaneze Youth Council (OYC), a front line Igbo youth socio-cultural organisation, has lent its voice to call for a United Nations supervised referendum for Nigeria.
It described the call as democratic and way forward for the country.
Addressing the newsmen over the weekend in Owerri, Imo State capital, the President of the Council, Comrade Igboayaka O Igboayaka, maintained its within the tenet of democracy for people to pursue for self-determination.
He said the council “is in full support of any democratic move to dissect the numerous issues surrounding the make up of Nigeria federation.”
Pro Biafra groups are legally qualified to call for a restructural referendum having housed a good number of views of the Igbo Nation in a struggle for a fair share in the Nigerian federation against the clear marginalization of the Igbo race evidenced in lopsided federal key appointments especially the service chiefs,” he stressed.
According to him, the call for United Nations to play a coordinating and supervisory role in the proposed Referendum is a right step in the right direction geared towards ensuring fundamental human rights especially freedom of expression, freedom of assembly and freedom association.
He called on Nigerian authorities to heed to the call to settle the dusts of secession, marginalisation, self rule agitations, proscription and overheating the polity.