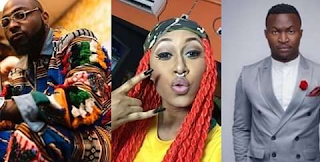 Cynthia Morgan has been dominating the news headlines since Sunday after she revealed her struggles with her career.
Davido was one of the first big names to offer a helping hand by asking her to give him a call as he’d already gotten a song he’d want her to feature in.
However some Nigerians were not impressed by that gesture and some claimed Davido was just trying to be at the center of attention and he didn’t really want to help her. In a move that mirrored that sentiment, Comedian Funnybone took to his own social media page to ask why Cynthia Morgan was not offered help before now and his post seemed like an indirect question fired at Davido.

Funnybone via his Instagram stories wrote;
“How come nobody asked after Cynthia Morgan all this years? Even the colleagues she had something with. Suddenly everybody is now shouting Cynthia call me call me, Las las we are all on our own o, God I dey your hand oo. Amen.”
Davido replied saying;
“Most important thing is that she has spoken and pple are ready to help and she can be able to rewrite her steps and have another chance ! THATS ALL THAT MATTERS !! …” 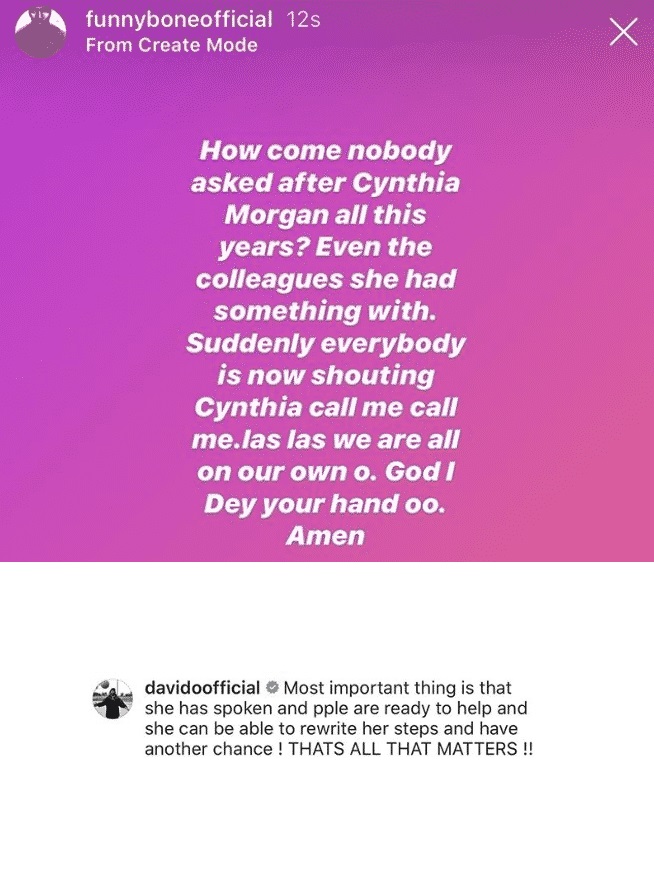