Davido has replied a twitter follower who criticized him for taking to micro-blogging site, Twitter to ask Cynthia Morgan to put a call through to him following her story about what she went to with her former record label.
Davido was probably moved by her story and took to twitter to say ; Cynthia Morgan call me …..

However, a fan felt the tweet was just for clout and he wrote in the comment section ;

This tweet is in bad taste. Person wey you for reach out to privately if you truly wanted to help.
Davido noticed that particular comment and decided to shut down the fan telling him not to block someone’s blessing.
U no go shutup b4 u block person blessing .. ewu, the singer replied.
See conversation below ; 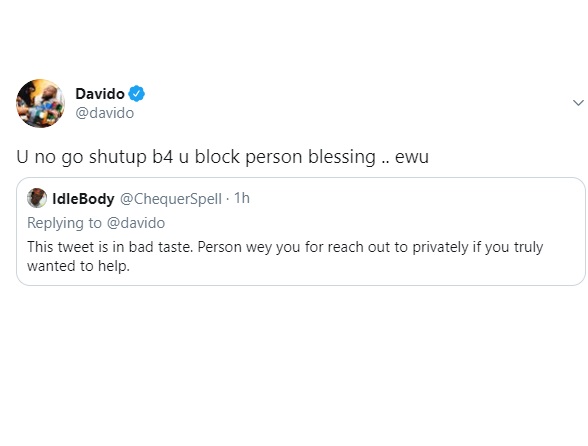