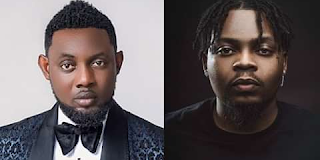 Popular artiste manager and ex-wife of singer, 9ice, Toni Payne, has taken to her social media page to recall how Nigerian comedian, Ayo Makun refused to allow Olamide perform at his show only to come back to beg for favor a year later after Olamide became famous.
According to her, she stopped speaking to AY because of the incident.
She said she asked AY to allow Olamide perform for some minutes at his show, but he refused to give him a chance.

Toni said she felt bad about it but she took the ‘L’. However, fast forward to the next year when Olamide had started doing well, AY conveniently asked her for a favour for Olamide to perform.
Read her post below: 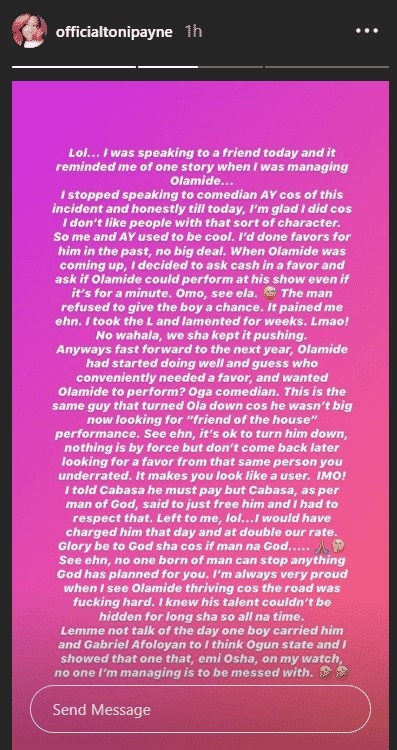