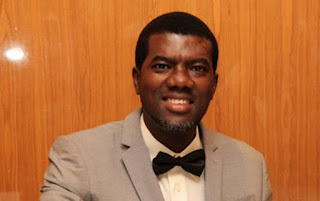 A former presidential aide, Reno Omokri has queried if there is any law in Nigeria that says only the northerners can be appointed chairman of the Economic and Financial Crime Commission(EFCC).

He made the comment via his official Twitter handle on Wednesday shortly after Mohammed Umar was appointed as the new boss of the anti-graft agency.
He tweeted, “Is there any law that says @officialEFCC Chairmen can only come from the North? Magu goes and is replaced with another Northerner, Mohammed Umar. There have now been 5 chairmen. Each has been a Northern Muslim. What‘s happening? Are there no credible Southerners?”