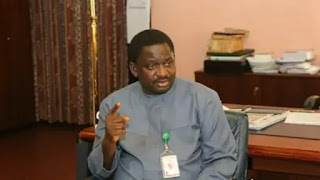 The Presidency has declared that Nigerians can’t order President Muhammadu Buhari around.
Buhari’s Special Adviser on Media and Publicity, Femi Adesina said this during an interview with ‘Nigeria Info’s Morning Crossfire programme.’
Adesina, however, assured that Buhari will continue to do what was best for Nigerians.
According to Adesina: “The fact that you have elected a man does not mean then you begin to order him around.
“Some people think because whether you elected the President or you didn’t elect the President, you must lead your President by the ‘nose’; it does not happen.
The President will do whatever is good for the country at any given time.”
The president’s spokesman also gave an insight into why Buhari has refused to toe the path of his predecessors by holding a presidential media chat.
Adesina said Buhari has the right not to hold presidential media chat like his predecessors because it’s a matter of style.
The fact that some other Presidents in the past did what is called the media chat, does not mean every President must do it.
“It is a matter of style if this President decides not to have a media chat like his predecessors, it is his right,” Adesina added.